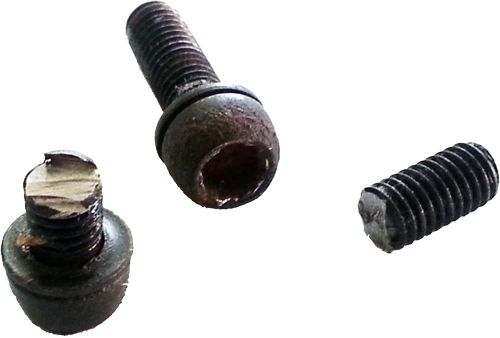 My aheadset had a little play so I needed to adjust the stem load unfortunately when I went to remove one of the two old M5 screws holding the stem to the steerer tube one of them was in such bad condition that the allen wrench spun inside the socket, stripping the head, ah crap!

New stainless screws went in (~$1) After about ~$24 and a couple of hours at home (plus the trips to the hardware stores) everything is good again and the load on the headset is adjusted, me happy, bike ready for another mixed terrain adventure. Oh wait, I should also replace the old rusted, cheapo, stem face plate screws before it is too late.