I keep my tubes in the bike for a while but when they get about 4 to 5 patches I retire them, but still keep em' just in case I need one and don't have a brand spanking new to use. There are times however when the tube is not worth repairing or the damage is not repairable (like a valve failure) I also keep some of those dead ones and give them a second life as rubber bands gaskets and other things. I use the same 1.5-1.9" x 26" tubes on all my wheels, from the 1.3" slicks on the commute-randonneuring wheels to the mixed terrain 1.5" hybrid tires I favor for off road ridding. This tube size has proven to be very useful when recycling them into new objects. My recent creations a cover for the iPhone and a wrap for battery holders I use on the Dinnote 200L light. 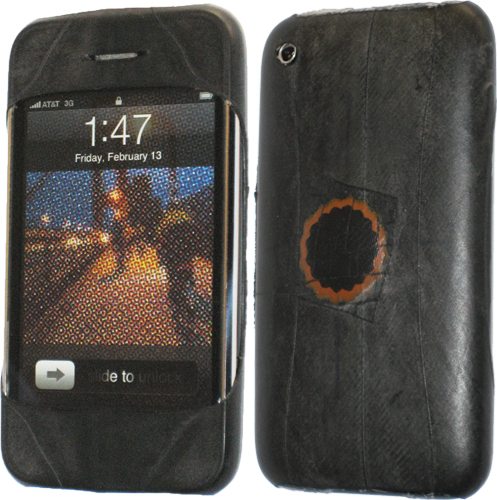 The iBTube (Carlos Duque 2009 ©®™... to protect the millions of dollars I'll be making from this right? ) When I first got an iPhone as replacement for my aged Palm phone I found the silicone covers or the phone they sell in stores here, were ~$20! are you crazy? How is that a similar cover for the iPod cost cents but the one for the iPhone is so expensive? To dealextreme.com I went and sure enough my Hong Kong based friends did not disappoint. Multitude of covers from ~$2. I ordered a bunch of different ones but on the meantime, knowing they can sometimes take weeks or more to ship orders, I wanted to protect my phone so what could be used to create a screen and hardware cover? Plastic food wrap Saran Wrap) and bicycle tubes of course.

The first iteration was done very quickly but soon after, a couple of days after, I wanted something better so I took a little more time to make a better fitting one. Still the same screen cover, Plastic food wrap. 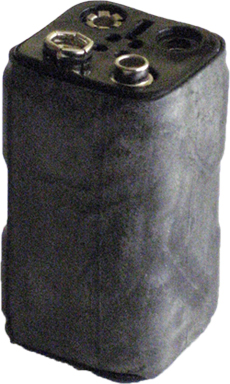 I have received many complements on the second iteration and I like it, a lot. I think when the covers I ordered finally arrive I will put them away in a box and keep using this one that feels more like me. I would however replace the food wrap with someting more permanent, like 2" plastic tape I use on all my bike computers or even may even spend the $2 and buy an ultra hi-tech cover. I know it would be cute to have the patch in the front but that patch is bigger than the area of the button so I would need to cut it. I do have some smaller patches that I may start using on new flats but for now here is my iBTube (©®™...)

The iBBWrap (Carlos Duque 2009 ©®™... also many more millions on this one) is just a cut of the same diameter tube that 1) keep the batteries from moving out of place, 2) Protects them somewhat against the elements/cold and 3) Makes replacing battery sets easier as I carry other "pre-loaded" holders on my pack. Simple to do and very effective.